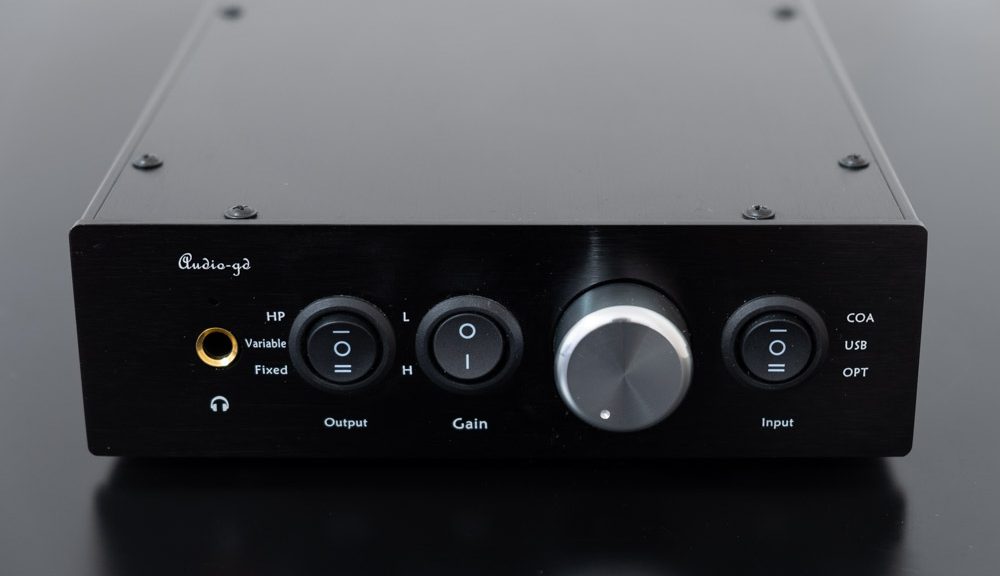 The R2R-11 is a DAC, amplifier, pre-amplifier combo unit from the Chinese company Audio-GD. It’s one of their entry level units and and the cheapest unit with an R-2R DAC they produce. I purchased this unit to replace my S.M.S.L M6, I’ve had it for about 8 months.

The build quality leaves nothing to complain about. The whole unit feels heavy, the ports are sturdy, the volume knob is metal with a good amount of resistance. 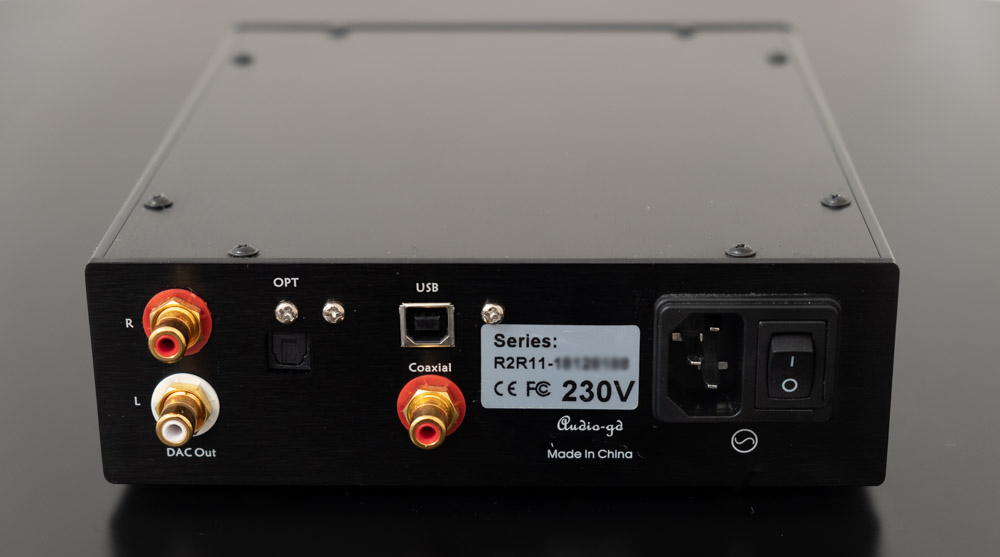 On the back the R2R-11 features 3 input options: coaxial, USB and optical as well as an RCA output. The USB input supports native DSD decoding and was my preferred option.
On the front there’s a 1/4″ headphone output.

According to specs it outputs 3.5W of power at 32ohms, from my experience it was powerful enough to drive pretty much anything that was plugged into it. However with that power comes it’s first issue, low gain isn’t low enough for sensitive IEMs, there isn’t enough volume control. Another issue related to power and output impedance of the R2R-11 is fairly high noise floor, only demanding IEMs don’t hiss while plugged into it. This isn’t a problem for over ear headphones.

To put it simple the R2R-11 is smooth and musical. The detail is still available but not pushed forward. The dynamics are average, with slightly slower decay that may be desirable for a faster mixes. However it’s also a positive in certain cases, songs that aren’t well mastered and/or recorded don’t show it as much. It’s not as much a veil but rather a slight softness to the sound.

The R2R-11 is a great amplifier/DAC combo if you’re looking for something different. There are many better options if you are looking for a clean powerful amplifier or DAC such as Topping D30 (DAC) and JDS Labs Atom (amplifier). It’s also not well suited for sensitive IEMs or headphones since the noise floor is fairly high. I wouldn’t buy it as your only amplifier without trying it first but it can be a solution for harsher headphones or non ideal music recordings.